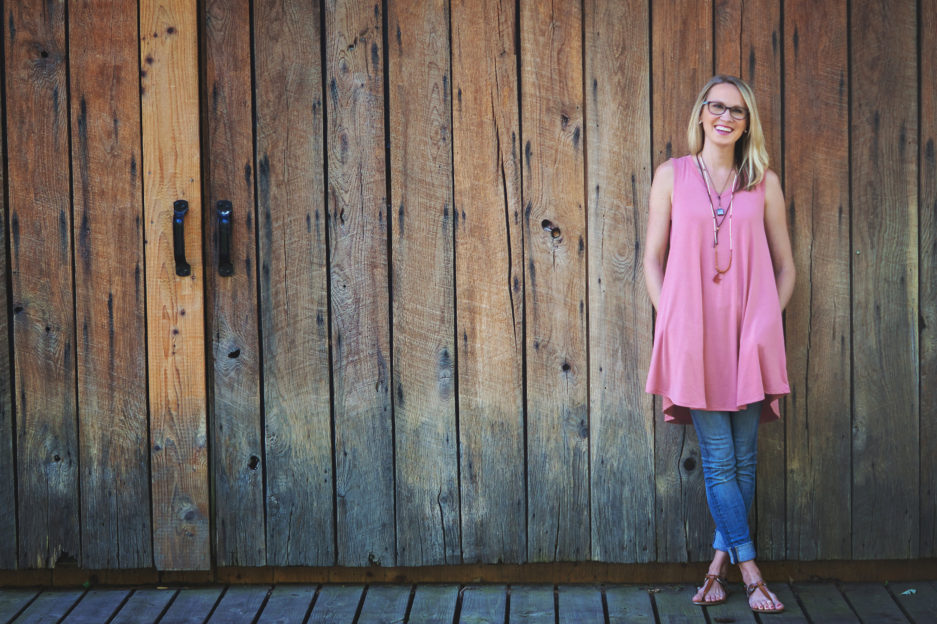 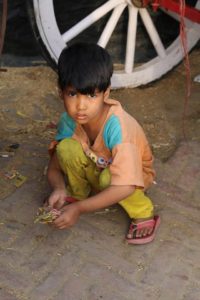 I’ll never forget the day I walked through the slums of India for the first time. We were working with an organization that provides medical care and education to women and children in need, and the slums are home to some of the most vulnerable – and often overlooked – people on the planet. Of course, it’s very difficult to physically overlook them. These makeshift communities, built from scraps of metal and plastic, are literally everywhere. They aren’t confined to a specific part of town; they’re scattered in and throughout the town, springing up every couple of blocks. People can’t help but look at them, but they don’t always see them.

We visited the schools first, so we could see the progress the children were making and the hope that an education offered them. Two of the three schools were right in the middle of the slums, rising from the desolation like lighthouses in the middle of a dark ocean. The freshly painted walls seemed to hold the promise of something new, which stood in stark contrast to everything else around them. While we were there, the kids proudly showed us their journals with carefully written numbers and letters in both English and Hindi. I showed them tricks of my own – a dry erase board with a picture of a dog on it which I’d then “magically” erase. As I did, I’d say, “bye bye dog!” bringing squeals of laughter and joyous echoes of the same phrase. It was a small connection, but it felt powerfully potent. I could never quite shake the awareness of how much was at stake.

After leaving the schools, we drove to one of the larger slums to spend some time there. It was heart-wrenching to step into the world these kids considered home. Rejected by society, people in the slums are called the “untouchables,” and the children must help make a living by picking through garbage and then selling some of the useable material. Some of them wake up as early as 4 a.m. to go wandering through the streets. You could see the piles of trash everywhere, neatly organized and tied up in blocks that rose higher than most of the houses. We have a saying in the States: “one man’s trash is another man’s treasure.” I can no longer hear those words and take them lightly. The people in this particular community also happen to be Muslim, which means they suffer from religious persecution in addition to everything else they have to overcome.

As we made our way through the streets, the children (the ones not yet in school) began to follow along. More and more of them came until there was a crowd running after us. It’s difficult to know what to do or how to communicate in a situation like that; it can feel so overwhelmingly hopeless. I turned around and began gently touching each one of them, saying “I love you” to as many as I could. In their best English they’d say “I love you” back, their faces beaming. It made my chest physically ache. At one point our team leader turned away, only to hide the tears streaming down her face. They were so hungry. For everything.

Several minutes later, after we had gone on ahead, a boy caught up to us and began pulling on my dress. I looked down to my side to see him asking me a question with his eyes and putting out his hand. My first thought was that he was asking for money. I touched his hand, smiled, and kept walking, but he didn’t let up. He continued to ask and pull on my dress. It finally dawned on me. “I LOVE YOU!” I said enthusiastically. His whole body seemed to light up. He smiled and said “I love you” before running away.

I will never forget the look on his face. Isn’t that the cry of so many of our hearts? Do you see me? Do you love me? I don’t even know if any of the kids we saw that day fully understood what I was saying to them, what they were saying to me. The moment seemed to transcend any of the words spoken. It was about what it means to look someone in the eyes – one person out of a billion in India alone – and slay the dragons that snarl “you don’t matter.” We just tried to beat back some lies, one precious person at a time.

The experience reminds me of something C.S. Lewis once wrote in his book The Four Loves:

“To love at all is to be vulnerable. Love anything and your heart will be wrung and possibly broken. If you want to make sure of keeping it intact you must give it to no one, not even an animal. Wrap it carefully round with hobbies and little luxuries; avoid all entanglements. Lock it up safe in the casket or coffin of your selfishness. But in that casket, safe, dark, motionless, airless, it will change. It will not be broken; it will become unbreakable, impenetrable, irredeemable. To love is to be vulnerable.”

I think I know what he means now. It’s always easier to look the other away, to keep our heads down, to stop asking the tender questions of our hearts. But a life of love requires that we take chances, and the most vulnerable among us seem to wholly understand the necessity of the risk.

Perhaps this is why Jesus said it is the poor in spirit who will inherit the kingdom of God.